Re-adjusting to Cali Life has been nothin’ short of hectic; too many thingsEventsppL / too much to doEATsee / toO mucH of toO muCH.  (I’ve been more than horribly remiss of updating here but I am slightly more active on Instagram, feel free to join the convo there.) There has been so much to learn around town that inevitably driving is a serious cornerstone in this equation.  Unlike the free flyin’ hiGhwaY hiGhS I’ve gotten accustomed to, driving in LA is like trying to run in a quagmire of quicksand.  Steering the streets with all these Lost Angels is so friggin’ draining that I’m down for some toO mucH holiday right now just thinking about it. 😛 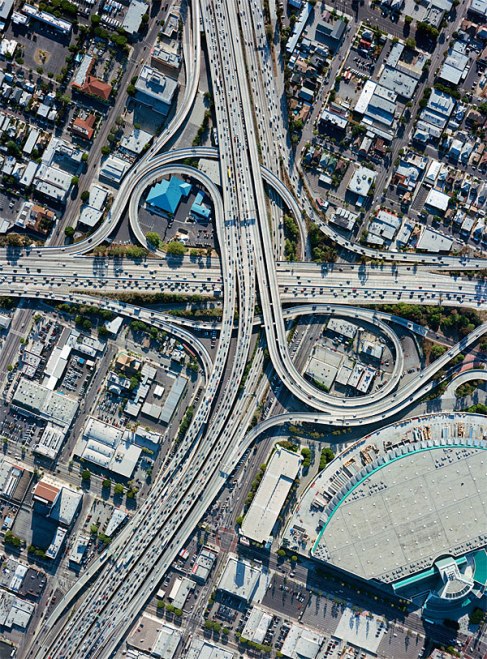 Any time of day, any part of town – place is crowDeD yo!! Pssshhh… let’s not even mention the terrible driving stereotypes that are way too commonplace and the add’l parking time that has to be calculated into any excursion no matter how small and short. 😛

It also seems as though the public highways have become privatized by a company called Express Lanes; where there are pockets of serious commuter traffic (110 thru downtown, 10 outside of downtown, 105 near LAX) where the HOV lane is not for those who are carpooling for the good of the planet and traffic flow, but for those who have paid into a program to use those lanes.  This restriction is at all times on these stretches of the HOV lanes on certain parts of the freeway, in other areas the HOV lane is simply an HOV lane.  I don’t love the idea of public roads being privatized esp. when they seem to be making traffic worSE in those areas, not improved/whatever their positive notions might be. 😛

The silver lining in all of this? Sittin’ in traffic and gettin’ the different vibes of each part of town, I suppose… oh, learning that the real backbone of the socal landscape is the mighty DONUT SHOP. no joke, from national chains to the momnpops, donut shops are the ruB here!!!  who knew the economy was built upon sweet pan + coffee + lotto tickets?!